Classical and Trad- Living Between the Two Worlds 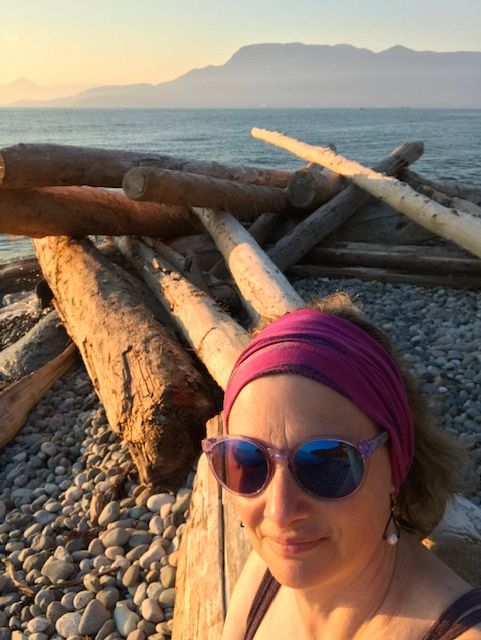 Well it's been quite the summer I have to say.  I have just spent the past almost 6 weeks on the West Coast playing nyckelharpa in Victoria and Vancouver, which has been pretty blissful.  Now I am back on the East Coast coming to grips with my "other" life- the one that includes my violin, both modern and baroque.

It's been a rich and interesting journey this nyckelharpa obsession of mine, which clearly is going to stick around for some time to come!  I've learned so much in a relatively short time, and the learning will just keep on going- this is the life of a musician if things are going well.

But since this nyckelharpa journey began, I have also found it interesting (and sometimes annoying, I'll be frank) how others perceive me, particularly those who are steadfastly in one camp (the classical) or the other (trad).  For instance, more than a few in my orchestral sphere have commented: "Do you remember how to play the violin?  Do you like the violin any more? Why did you take up ' that thing??"  On the flip side of this are the trad players who also wonder how to take me, as I am trained as a classical player- something trad players tend to run away from real fast.  There's an assumption that if you come to trad from a classical background, then you won't be "the real deal" because you come from a different camp initially.  From my standpoint this is just BOLLOCKS.  And it's this kind of rigid thinking which will prevent you from growing as a musician in my opinion.

These two worlds I inhabit have two different languages, and these languages I have learned (am still learning) are now talking to each other in my head.  Learning the nyckelharpa has actually made me a better musician, and I have learned things that are generally not taught in the classical performance world, like the simple act of writing a tune for example.  I know, I know!  It's totally bizarre, but there you are.  Many of my orchestral colleagues haven't tried this yet and I think it would be a fun and perhaps liberating thing for them to try :)   I figure, if your'e a musician, you should be able to write a simple tune, no??   As an orchestral player there is no individual creative process involved, at least this has been my experience.  Your job is much different in that you are serving the greater good with your technical expertise, and working as a small cog in a big machine, particularly as string player.  As a younger player working in this environment I found all of this energy thrilling and invigorating.  But now that I have been doing this job for over 30 years, I had to find something else to inspire me.  You know the old saying, " A change is as good as a rest" !!

Living between these two worlds is still pretty challenging at the moment.  Of course it could just be my projections about these worlds, but I also experience the labelling thing quite a bit.  It would be great to just get away from the natural human tendency to label and perhaps just listen to what I'm actually doing instead?! If you like it, great, if you don't, that's fine too.  After all, the nyckelharpa isn't everyone's cup of tea I suppose (but really it should be ;)

I challenge my collegues to try something different and get out of your "camp".  You may very well just learn something new, and you will be a better person and musician for it :)